Check this essay out. This person hates weblogs so much that they wrote a VERY detailed essay that is broken out into chapters on why they hate them so much. Take it with a grain of salt.
In my opinion, "blogs" can be a very subjective experience.

Get a Little Tipsy Tonight?

Check these guys out: Home James - I read about them in todays New York Times. This company is catering to those who have had a "little to much" to drink, offering a service where "model type studs " (well I dont see evidence of this on thier site, but NY Times states that "it hires models and actresses exclusively), will drive to your location within 30 minutes on a scooter and drive you home. Their scooters conveniently collapse and fit into most vehicle trunks, then they drive you home in your own car. Catalyst city: Los Angeles of course! Good idea though! 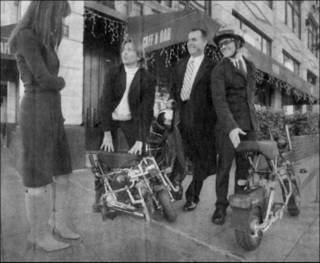 This Guy Has Issues. Big Ones.

This is one of those scary no shit posts! A friend passed this on to me today, here is a guy who DESPERATELY (which is VERY clear) wants to check out one of the first two World Series games in Boston. Check out his offer on Craigslist.

UPDATE: Due to the nature of this posting on Craigslist - it has been removed. Well, for those of you who caught it I am sure you understand why!

This is a sexy new tool on the Flash Drive boom. Cool digs called FlashPoint.

"FlashPoint drives have an integrated female USB connector so you can now plug a cable or another device into the same USB port in which the FlashPoint drive is attached." 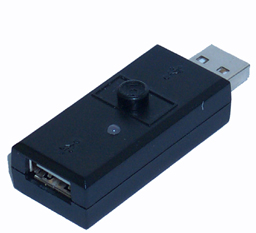 Lets Hear About the "Internets"

Kudos to Sean for always having a fun filled blog of all sorts of interesting stuff. I found this crazy web thang scrolling through his latest batch of drivel - check it out: BushSpeech. You can create your own customized speeches for the big man and then watch them. Snirks, long breathe pauses included :-)

Not the most intuitive or friendly interface, but definitely worth spending 5 minutes on.

Another whacky web thing! I have to admit I have never done this - but I HAVE thought about it. No way man - not me :-) is this a UK thing?? Check this site out. Thanks Sean.

Dooood. This guy is REALLY into sandwiches. Check this site out. This is no fly by night blogger on sandwiches either - he has been doing it since 2002! Whats really interesting though is that when I dug a little deeper (outside of the sandwich blog), I found out that the publisher has some seriously cool stuff going on. Check out his universe of "stuff" - Rock on Bill Keaggy!

I read a whacky post on Boing this morning. Apparently, there is a phenomenon that the BBC has just reported on called "Sleepwalkers who have 'sex sleep" - WHOA! Could you imagine that?

Here is an excerpt from the article:


"The woman was totally unaware of her double life until her partner became suspicious and found her engaged in the act.

"He was aware of some sleepwalking and there was circumstantial evidence, including the unexplained presence of condoms around the house," Mr Buchanan told the conference."

That is some crazy shit!

Fleshbot also ran with the story with additional links.

I caught this site on my buddy Sean's blog. Another one of those crazy web things :-) Interesting and funny as shit. You know you've all done this before! Check out the site! 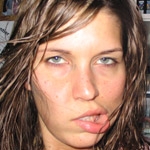 Ok I am back :-) finally! I know that a blog that hasn't been updated for a few days is kind of like looking at yesterday's paper, however not to say there aren't usefull and interesting things in previous posts and archives. But you know what I mean, you get hooked, you want more, whats on the mind? who is thinking what? etc To me blogdom is an ever exhausting search for clever posting and commentary on topics that interest me. I mentioned my other blog in my previous post, I am learning and experiencing the challenge of keeping two blogs up to date and fresh, and its an interesting challenge. The challenge: Dont let it get boring!

So on that note, here are a couple of sites that I would like to bring to your attention:

- Waking Up In Amsterdam! - check out our fearless crusader Todd who is experiencing a rebirth of sorts in the beautiful city of Amsterdam. My man is cruising the scene on wheels! and documenting the scene of beautiful dutch women, dancing and music among other things. Check out his "scenage"

- Design Times Square - a funky project about good design in Times Square, NYC. Interesting interactive map that shows some unique design all around the square.

Sorry about the delay here folks, I know that y'all really missed the "findings" of sorts, at least that is what I am getting from those of you who email in about the Trend Junkie site. This week was slow on all fronts in the blogosphere, but Media Mind (my main blog) got a little more play, maybe a post or two. However for the first time in my blogging history, I have finished posts waiting to be posted that are backlogged for Media Mind. That one is sure to be fresh tomorrow and Monday. But I digress.....

I am in the midst of "gathering and processing" a boat load of new information and research, so look out for the TJ posts starting up within the next 24 hours.


"TRENDWATCHING.COM has dubbed the latter "CUSTOMER-MADE": the phenomenon of corporations creating goods, services and experiences in close cooperation with consumers, tapping into their intellectual capital, and in exchange giving them a direct say in what actually gets produced, manufactured, developed, designed, serviced, or processed."

Here are a couple of highlights to check out:

- iPodLounge.com - I am getting ready to join the clan. Up until I started walking to work this week, I really was having a hard time figuring out when I would actually use my iPod. After doing the 2.5 mile hike to work now for the hopes of getting more excersize, I cant think of any better reason.

This is one of the more interesting definitions of a Blog that I have found, brought to you by Maud Newton. Check out this kick ass magazine blog while you are at it :-)

Blog (bläg) n. [short for Web log] 1. a website that accommodates easy and frequent posting on any topic; 2. an online platform for personal anecdotes, criticism and discussion, often featuring links to other websites; 3. an outlet for obsessive personalities, depressives and alcoholics.

I just downloaded the app and am starting to configure it. To see it in play on a blog, check this one out. Pretty nifty way of adding your "Tunes of the Day" to your weblog.

All Your Base Are Belong To Us

I know this crazy piece has been running around the web for a while. A colleague of mine turned me onto it in early 2003. However, I have seen a recent surge in the "AYBABTU" trend. Frankly, its just plain hilarious. I actually found out that this phenonmenon actually has its own site, in fact a couple. I am not sure how long its been up but you can check them out below.

One thing is for sure though, if you have never seen the "All Your Base" flash video before you must. To check out the flash movie in a browser click here.

The best part is that without a decent amount gaming history knowledge you wouldn't know where this came from, thankfully our writers have put up the history of this trend. 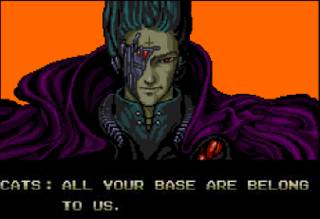 For more base info check out:

"The Official home to the video which kicked off the "All your Base" craze, transforming it from a tiny inside joke to an explosively popular internet phenomenon."

I was surfing out the Digital Thread, and came across these rad design shops: